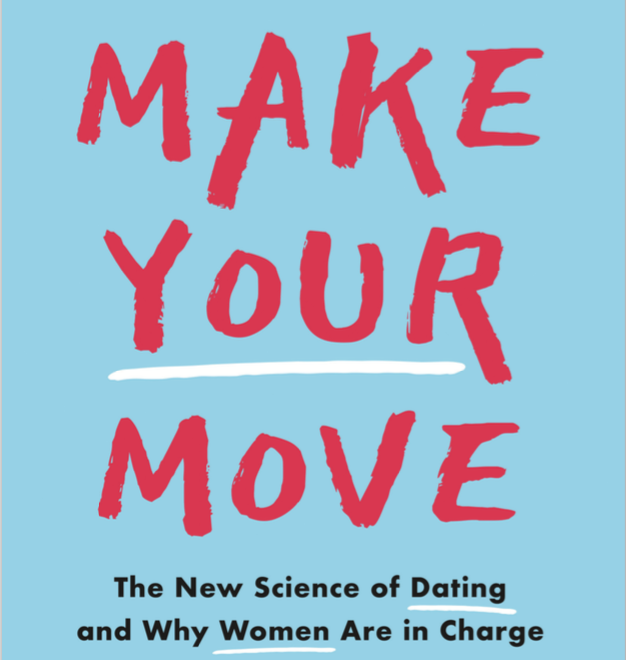 Make Your Move the book goes on sale February 2, 2021. Once we get closer to the book’s pub date, I intend on using the Make Your Move blog to expand on the dating issues and conundrums that I discuss in the book. I’ll give advice to readers who ask for it. I’ll respond to book-related questions and media coverage. I’ll share the stories of readers who take the Make Your Move Offline Dating Challenge (more on that another day).

Until February, however, my approach to the blog will more simple: If I see a hot story or hot topic trending in the dating world, I’ll write about it, regardless of whether it dovetails with the book.

One such article went viral last week—an essay written by Rhaina Cohen of The Atlantic.

Cohen poses a provocative question: “What if friendship, not marriage, was at the center of life?” She tells the story of Kami West and Kate Tillotson, two women who consider each other to be their life partners, even though their relationship is purely platonic. The pair live together, help raise each other’s children, use joint credit cards, and so on. The only thing they don’t do together is have sex. For that, they have boyfriends and girlfriends. As West explains to one such beau, “I need you to know that [Tillotson] is not going anywhere. She is my No. 1. She will be there after you. And if you think at any point that this isn’t going to be my No. 1, you’re wrong.”

Can these sorts of “intimate friendships,” as Cohen describes them, fill the same central role in our lives once reserved for husbands, wives and significant others? Cohen believes yes. She thinks young people who feel intensely connected to best friends should not be afraid of organizing their lives the same way West and Tillotson have organized theirs.

Unsurprisingly, not everyone in the date-o-sphere agrees with this idea. “It sounds like this was written by a 25-year old who has never had a healthy romantic relationship,” dating coach Evan Marc Katz wrote on Facebook upon reading Cohen’s article.

Personally, I loved everything about West’s and Tillotson’s story. Yes, I write dating books for a living, but I have always acknowledged that conventional marriage is not for everyone. There are many different pathways to a happy, fulfilled life. It’s not easy finding someone who embraces “for better or for worse” as an act of love, not just as words on paper. If you are convinced your best friend is that type of soulmate, I see nothing wrong with organizing your life around him or her.

That being said, what struck me most about Cohen’s article was not her defense of intimate friendships but her explanation for why intimate friendships are now a timely topic. We are, she explains, “in the midst of what former Surgeon General Vivek Murthy has called a growing public-health crisis in the United States: loneliness. In a 2018 survey, one-fifth of Americans reported always or often feeling lonely.”

The reason Americans feel so lonely is because too many are struggling at romance. “Fewer and fewer Americans can count on having a spouse as a lifelong co-star,” Cohen writes. “By the time they’ve gotten married—if they’ve done so at all—most Americans have spent a considerable part of their adulthood single.”

How did we get to the point where finding romantic partners is harder than finding best friends? If you’ve read my first book, Date-onomics, you know one possible answer: With one-third more women than men graduating from college, the post-college dating market has become challenging for white-collar, hetero women. Thing is, not everyone in Cohen’s story is white collar. Also, half of her interviewees are LGBTQ—an important distinction since lopsided sex ratios do not affect same-sex dating. Clearly there’s more going on here than simply shifting demographics.

I believe the reason best friends are easier to find than romantic partners has everything to do with how these respective relationships are now being formed. Close friendships are grounded in shared experience. The camp you attended together. The middle school gym class you both hated. The college seminar you both loved. The Marine Corps boot camp you attended together as 18-year-olds—which is how West and Tillotson first met. These sorts of shared, real-life experiences become the foundations for deeper connections.

“You laugh together; you dance together; you gape at the hot-dog eaters on Coney Island together,” explains psychologist Maria Konnikova, writing in The New Yorker. “We do have a social-media equivalent—sharing, liking, knowing that all of your friends have looked at the same cat video on YouTube as you did—but it lacks the synchronicity of shared experience. It’s like a comedy that you watch by yourself: you won’t laugh as loudly or as often, even if you’re fully aware that all your friends think it’s hysterical. We’ve seen the same movie, but we can’t bond over it in the same way.”

This is why nobody turns on a computer or opens an app to find a best friend.

Once upon a time, there was overlap between how we met our best friends and how we met our romantic partners. My literary agent has known her husband since elementary school—back when he was tugging on her pigtails in first grade. I met my own wife in college. Two of our closest friends met at work. Another friend met her husband at a summer-share in the Hamptons. In other words, shared experiences aren’t just foundations for friendship. Over time, they can become foundations for romantic love too.

Suffice it to say, I’m not shocked the dating-app generation now feels more connected to their best friends than to boyfriends and girlfriends they met online. I’m not surprised that two people who met at Marine Corps boot camp feel a deeper emotional connection than two people who met swiping on a dating app with total strangers.

I’m not saying it’s impossible to bond with someone you meet via algorithm. There are happy couples who meet on Tinder or Match, of course. My point, rather, is this: If Americans really are suffering from an epidemic of loneliness—and if this epidemic is leading more and more young people consider organizing their lives around intimate friendship instead of romance—perhaps there is another solution.

Perhaps Cohen’s original question can be re-imagined as this: “What if we put the life lessons of best-friendship at the center of our quest for romantic love?”

If we did, maybe more of us would feel just as close and just as connected to our husbands and wives, to our girlfriends and boyfriends, as we do to our BFFs.