“Date-onomics is the Moneyball of dating. College-educated women wanting to improve their odds in today’s wacky marriage ‘market’ will be dog-earing its pages.”

“A fascinating look at romance and what’s going on with the mating rituals of homo sapiens today. This book will surprise and enlighten you.”

— AJ Jacobs, author of New York Times best-sellers The Year of Living Biblically and  The Know-It-All

“Birger offers a compelling answer to the question, ‘Where are all the good guys?’ I would have said ‘Argentina.’ But now I’m thinking of heading to Aspen. Read Date-onomics and find out why.”

— Kristen Newman, author of  What I Was Doing While You Were Breeding and former co-executive producer of CBS hit comedy How I Met Your Mother

“The modern single woman looking for love will read this book and finally understand where the men are – and aren’t – and then quickly pass it along to all her well-meaning friends and family who just can’t understand why she’s still single. Jon Birger takes the reader on a well-researched and fascinating journey to prove why it’s not her; it’s the Date-onomics!” 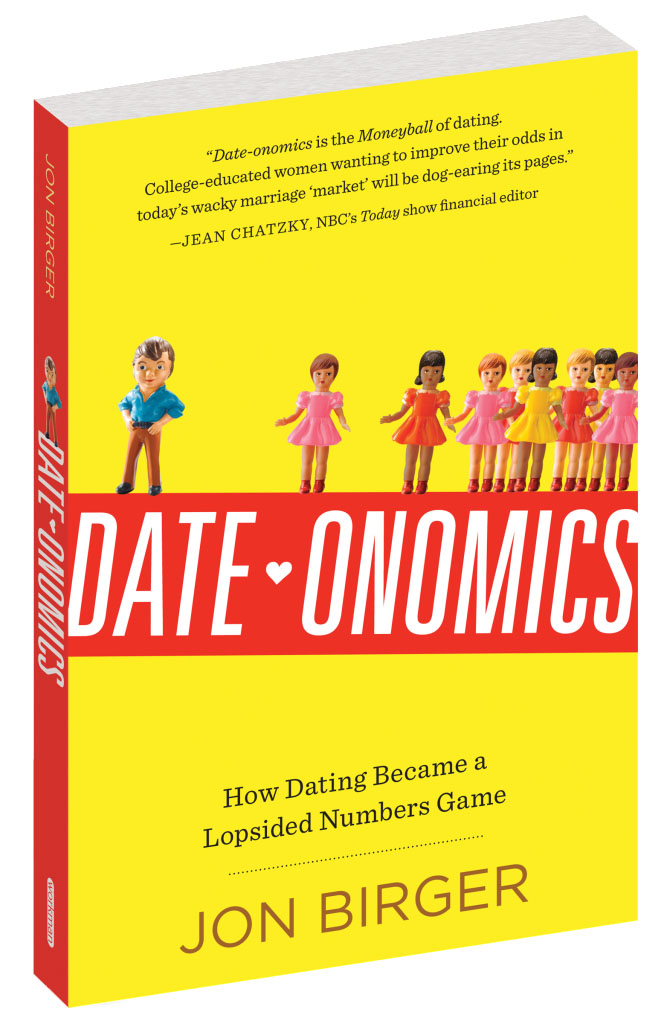 Jon Birger is a contributor to Fortune magazine.  A former senior writer at Fortune and Money, he’s an award-winning freelance journalist who has also written for Time, Barron’s, and Bloomberg BusinessWeek, and has appeared on MSNBC, CNN, CNBC, National Public Radio, and Fox News. Mr. Birger lives with his family in Larchmont, New York.